“The capacity of Gestaltung is not reserved for design or the arts. It underlies all cognition and knowledge. The structures of our imaginative powers and the grammar of our thinking are based on the structures of our perception and the scope of our capacity for articulation and action. This lecture series will take a closer look at the origins of creativity and how the creative forces can be trained and renewed.” (Jörg Petruschat)

As part of the seminar “Theorien der Gestaltung” we have invited different representatives of a new and extended understanding of the design concept who open our perception towards the role and responsibility we step into as we become designers. It has been an honor to participate in making this lecture series happen and it has been a great eye and heart opener for all the participants. 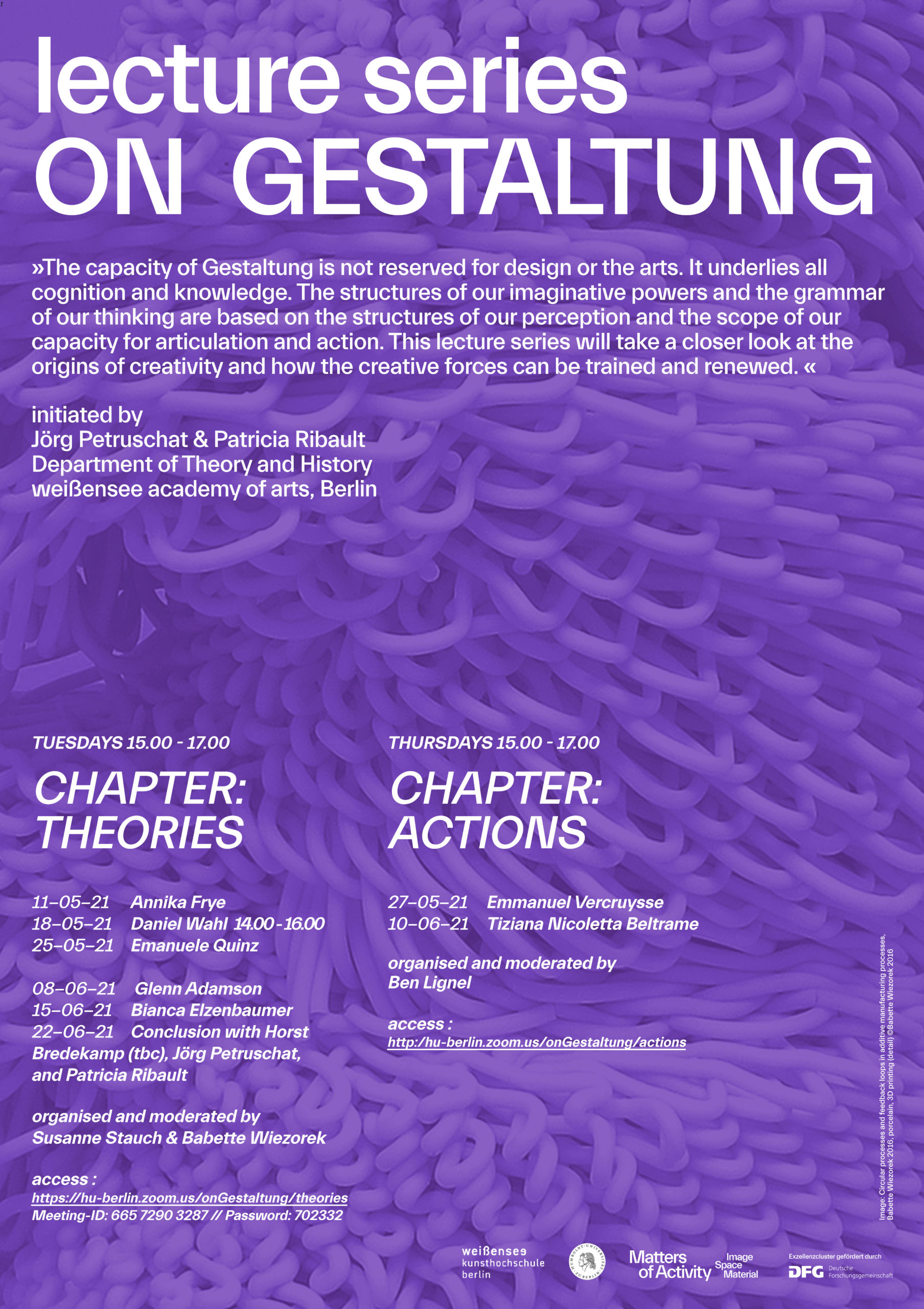 I am very delighted about the invitation by Prof. Jörg Petruschat to teach a design theory class of my own choice, so I am diving right into the purpose we have dedicated for our organisation Supernova Institute. Instead of being overwhelmed or paralysed by the complexity of the current global crisis, we are joining the quest for future-oriented solutions that take into account the well-being of all living species on our beautiful planet (humans, animals, plants).

This course is inviting the students to critically reflect the appropriateness and cost of the mindset, lifestyle and consumptional habits of the global north (aka. capitalism), and to learn about regenerative projects and attempts of living a more simple, reduced, local life focused around well-being and community. We will take off with scanning through relevant literature and theories, look at design methods and how to embed them meaningfully into the design process, using this to go through a couple of iterative design sprints to come up with first ideas and suggestions for future-oriented concepts of living consciously and intentionally interconnected. Research and results will be published on Supernova Institute. Julian Oliver’s Transparency Grenade is now available as an edition. The production of the whole piece is now in my hands: I improved the prototype in its functionality and  remodeled the body. Now it really works the way it’s supposed to! I am very proud to be involved in this amazing project!